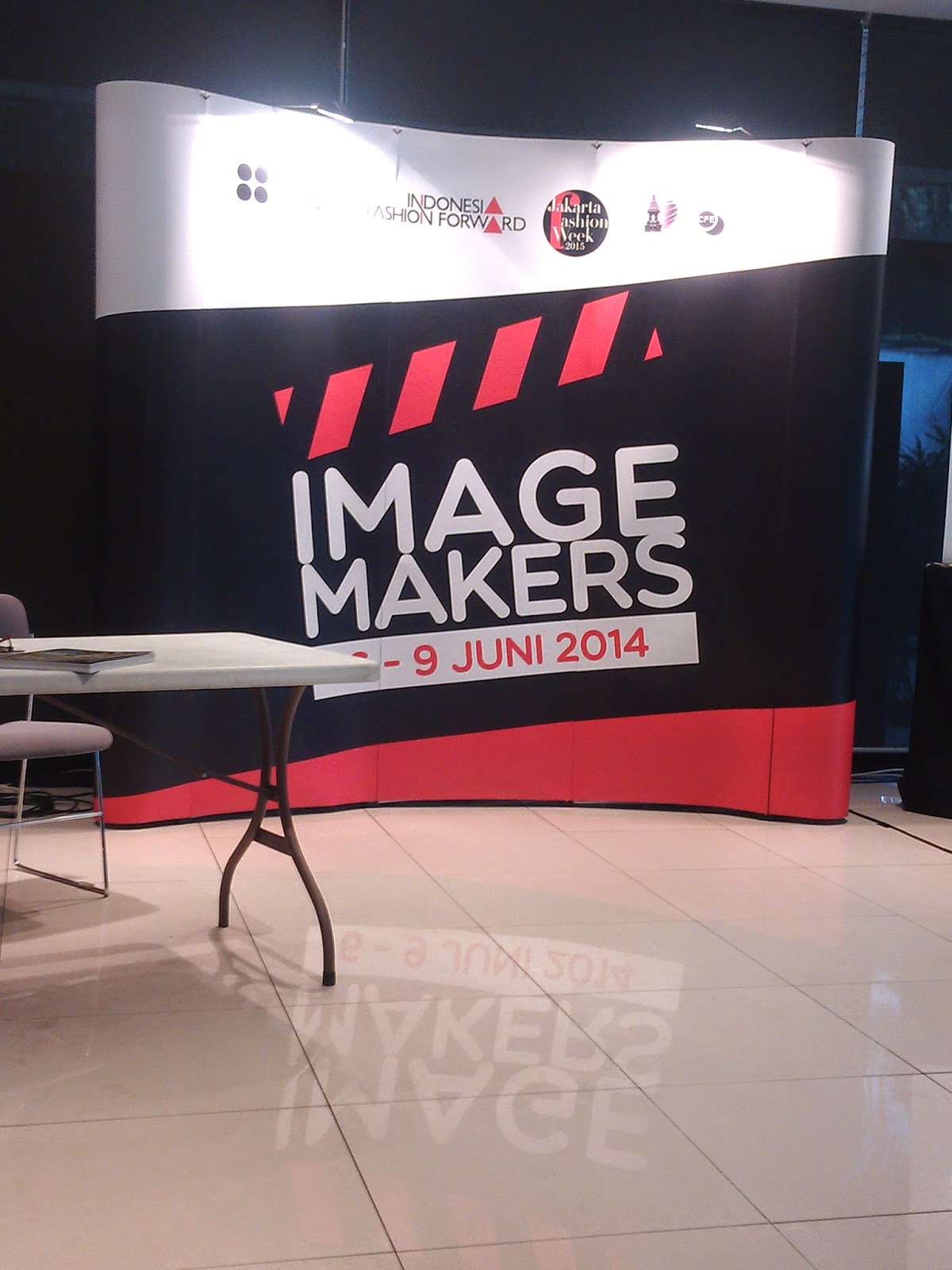 I was one of the luckiest guy of 2014. I ain’t saying this without reason, people. I was one of those lucky people who could meet London Fashion Week’s shows stylist and VOGUE photographer! Remember my story about being a fashion PR? This is one of my duties. The company told me to come to the workshop as one of learning platform. Yippie!

The workshop was Fashion Image Makers, held by Femina Group and British Council. Actually this was held in June, so this is a really really late post. Sorry. Speaking of which, Femina Group invited Rebekah Roy (fashion stylist). Darren Black (photographer), and Sarah May (set designer). Having already an imagination about what the workshop talked about? YES, it is about photoshoot. We were talking about pre, on set, and post production of a photoshoot. And it is not as simple as what y’all thought, it involves SO many things to consider and brainstorm about. Feeling spoiled? Actually, there are some important points I got from the speakers.

In the fashion world, pictures speaks louder than words

The first thing you gotta do before doing a photoshoot is ask ‘why do we do this show?’ and ‘what’s the mission of this shoot?’

The questions are simply to start a brainstorming step, before starting to discuss about the concept. In the fashion world, you need to divide the purpose of every shoots, for the focus might be slightly different. At the very least, you will find shoots that are purposed to be lookbook, campaign, editorial, advertisements (in the bus stops or even social media). The difference is on the focus. Have you seen some pictures which give spotlight to the fabric instead of the whole gown? Or some pictures that involve models posing plainly and statuesque in front of plain background? Never use one picture for all. They are different.

This is important. The concept of a photoshooot will strengthen your brand. Always play under your brand’s ideology. You can explore that idea and implement different concept from different perspective. You do this, you never walk out of the track, honey.

Using concept A cannot be directly implemented. You need information. Thinking that working in fashion can escape you from doing research? NOT. You need to know what’s next. It’s gonna be shameful if you say that your collection is inspired by Asian culture but it looks like a tribes motive from somewhere in Africa.

Idea is energy. Make a moodboard. Put pictures, inspiration, fabric sample, even buttons you are going to use in the whole collection.
Tip: Sometimes, flashback to a century in the history will blow your mind. They said, new generations find the magic in the old. Remember, history meets fashion will be a bomb in the industry. BUT, be original and coherent with the brand’s ideology.

If you are a stylist, photographer, or set designer, be understanding

Always understand your client. Think and remember what their brands are and where they are heading to. Because the jobs I mentioned above is always about somebody else. You just put your twist, not yourself in the production. Be ready to let go if your idea is not accepted during the deliberation. You might be the best, but they know what they want. Did I mention that mixing ideas is possible?

"Take a risk and make a mistake. Small and huge mistake are the same. They are lessons. Don’t be afraid."
Label: fashion