Instrumental music started playing, and the spotlight started to hit the stage. The signs that the show will be started. Then Grace (model) gracefully walked as the show’s first face. 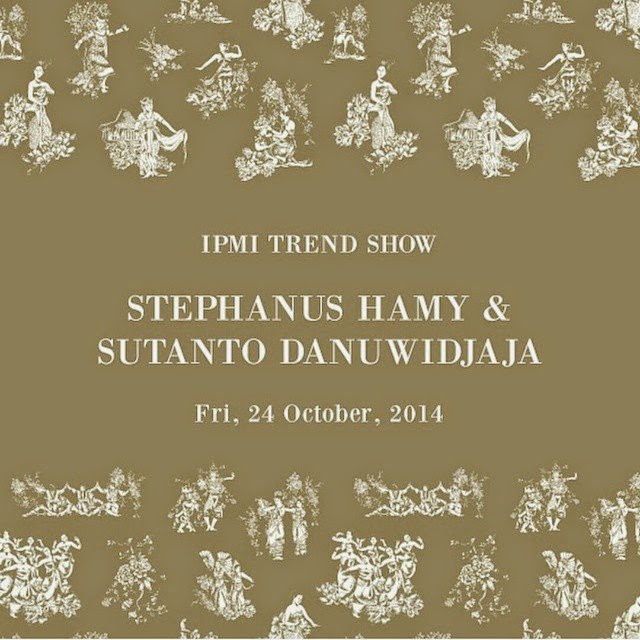 In Danuwidjaja’s show, we are running back to previous era, the era of Chinese emperor. A classic fashion show which is strengthened by vintage furniture set it away from current runway trend. The show itself had a story to be told, not the typical kind of shows which only showcase the clothes and stiff models walking the runway.

Female models sashayed the runway with gowns in various silhouette; short, A-line, sheathe, and empire. Danuwidjaja mostly used taffeta, printed silk, and tulle in his collection. As it is a spring/summer 2015 trend show, Danuwidjaja didn’t forget to give colorful summer palette such as red and orange. My favorite piece of the collections is what Mischa wore that day, a tutu dress. Looking cute and elegant. 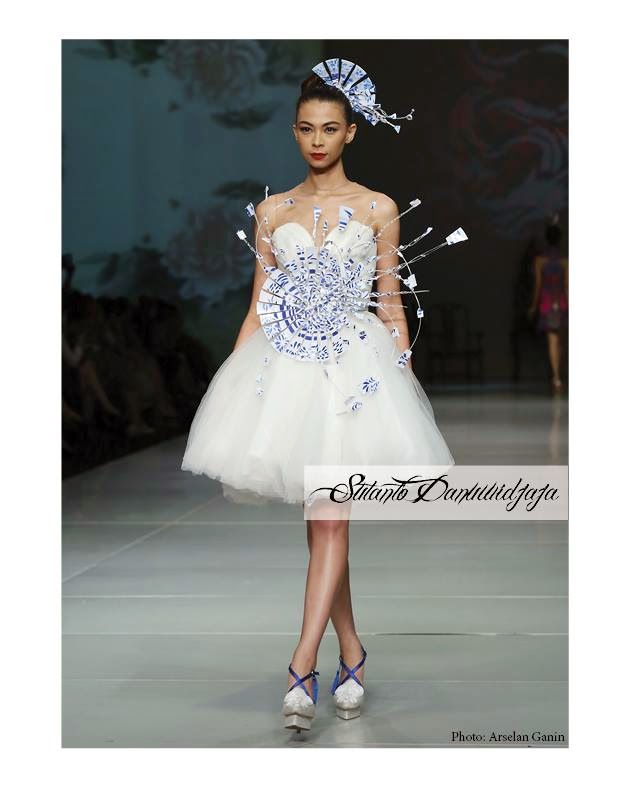 The gowns were not the only focus while the show was going. There were some details on the clothes and some model’s body to be seen. Male models came from backstage with contoured muscle and revealing underwear. They are geared with dragon-inspired artwork and body painting. Same thing was also done to female models. The pieces were looking so delicate and detail, what a gorgeous set of craftsmanship!

Overall, the show did satisfy those fashion people who came. A theatrical and emotionally run mixed with a set of great collection line plus detail-crafted artwork pieces made us feel déjà vu, as if we stepped back to Chinese emperor era. So oriental, so eccentric. 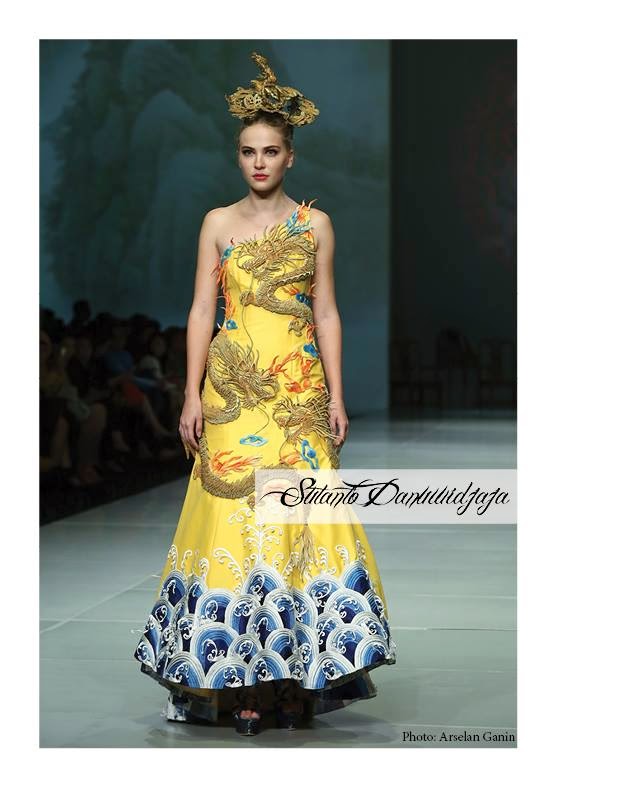 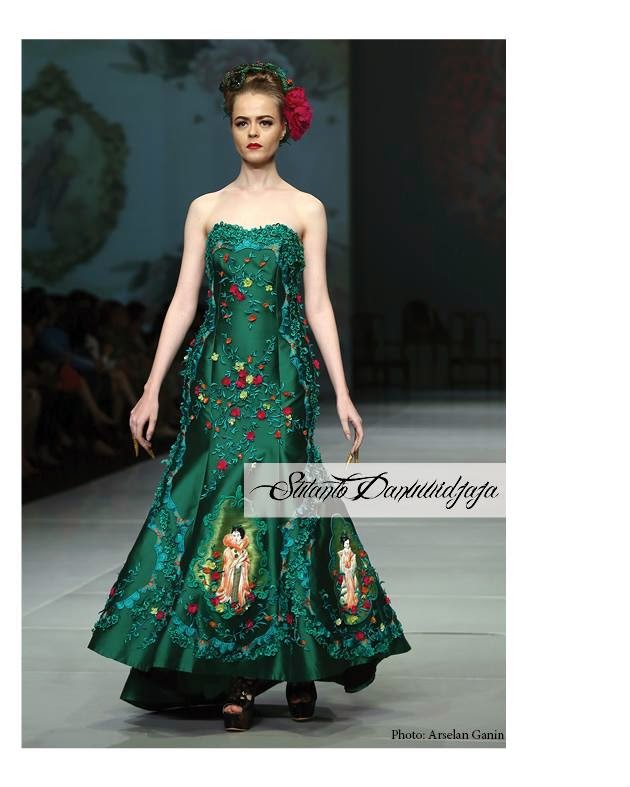 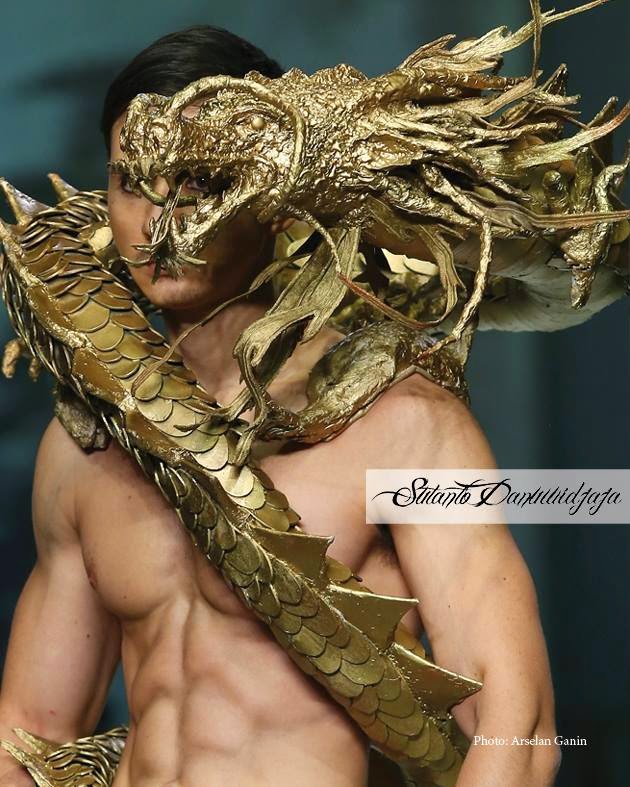 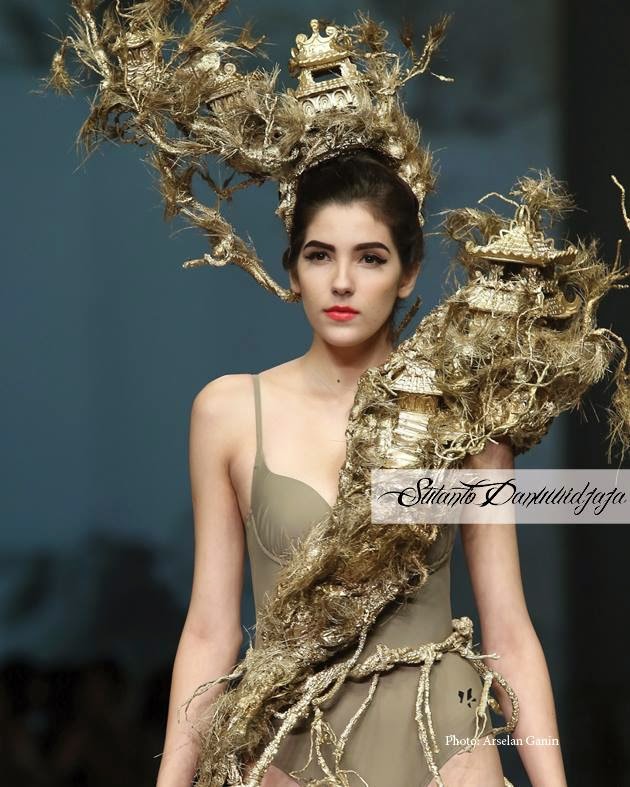 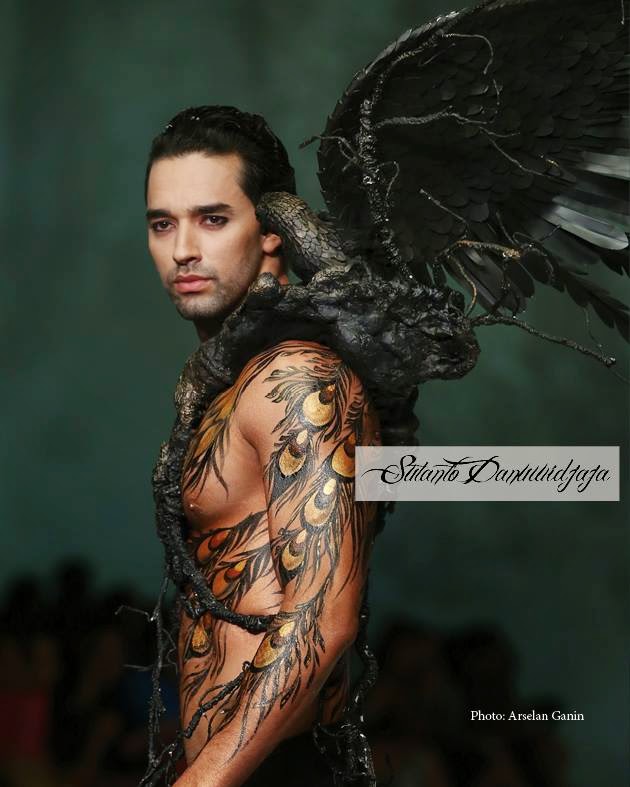 --> A little backstage hint? Why not? 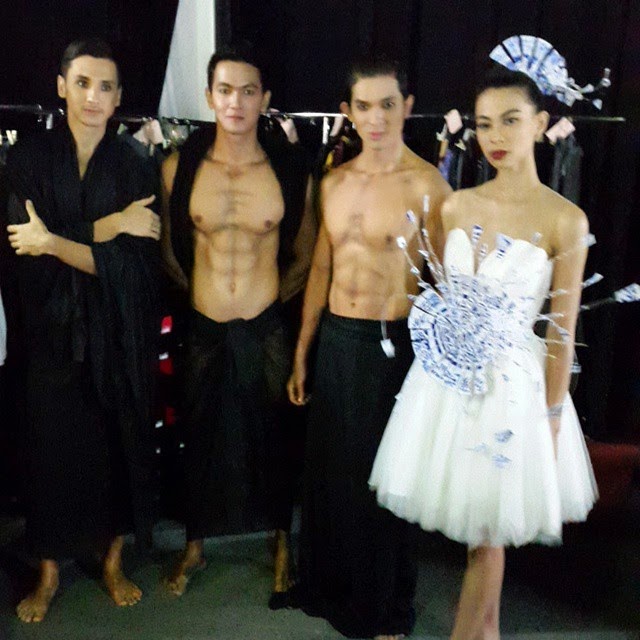 * Fasion show pictures are taken by Arselan Ganin, you can see his name on the picture. Backstage pic is taken with permission from Danuwidjaja's facebook.
Label: fashion