Last Saturday night, I went out with some friends for dinner (well, it was not fancy kind of dinner). We did not take pricy foods, but I felt like I got many things. New knowledge. New perspective. 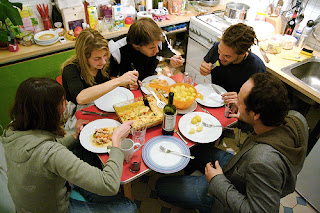 Why? Because we talked about so many things. From trashy to serious topic, or, we combine them all. We talked about serious topics in a, very, very, fun way. You can imagine this: speaking about conspiracy theory with some stupid jokes. I call this with smart joke. I don’t process any kind of rude or harsh jokes. I don’t process someone’s joke if s/he throws a joke in a purpose to hurt someone else, plus cursing someone. A different story if it’s only a joke without cursing.

Oh, let’s skip those negative jokes thingy. Let’s get back to the topic asking why I am so happy to meet with these people. Why? Because we talked about idea. Because I feel appreciated when I’m speaking. Because I can say what’s on my mind without looking like a stupid dork. Because I feel responded when I throws a topic to be talked about, not a counter-opinion like ‘stop talking, you stupid fussy’. Because I can process their jokes? Might be.

Some of you might think that I always see people based on how they look like or respond what I did. No. I know these people so well (or at least I know how they behave when they are with me). They insult me but they don’t insult me (I am pretty sure you can process this). They, sometimes, look bored but they also seem enthusiastic at the same time, maybe respecting one’s talk. But still I feel appreciated.

We talked about idea

We talked about conspiracy theory (with a lot of stupid comedies)

We talked about Korean crisis

We talked about what is happening with eyang subur (see? We are not serious!)

We talked about Yoko Ono and John Lennon

We talked about our life (campus, job)

We talked about arsenal (I gave up. I’m not a soccer person. Sorry)

We talked about how that cheese French fries tastes like

And many fool jokes in between (Yes, we laughed like crazy); Mbak Jum jokes. Sh*t. This is epic. @wulanatlia should be responsible to the effect of her joke.

What the hell. We spent our 6 and a half hr to talk about so many things. I don’t know what they felt but I felt happy. You know, I only have a chance to go out (that long) when Saturday comes. And I would be really sad if I spent my time without any new insight. I don’t mean to say some people is less-informed and the like, but, yeah, I judge people. I judge people based on how they throw a joke (a neutral or an insulting one), not how they say some serious things I wrote above.

This is one of my deterrence. I don’t want to feel hurt just because someone’s joke. I feel stupid. I don’t say that this makes me a stiff statuesque kind of person, but this is how I determine how to respond someone’s words. This eases me to keep someone’s feeling, so people don’t feel what I felt. This makes me not to throw stupid and insulting joke. I just don’t want to. It kills. Stupid and insulting jokes make you lose people’s respect. 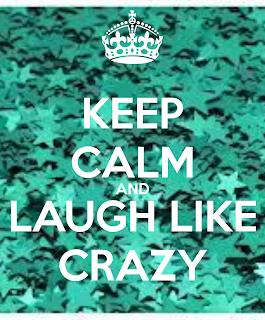